Today we are going to highlight the best free VPN in 2022. Paid VPNs are the best form of investment for digital security but due to numerous reasons, you may want to find a VPN with a free plan that offers some level of digital security.

By using an encrypted connection, a Virtual Private Network (VPN) allows you to browse the internet more discreetly and securely. You typically have to pay a monthly charge to VPN companies in order to use their secure server network.

VPNs are no different from other “free” goods and services in that you need to always exercise some caution. Not all free VPNs will be able to compete with commercial VPNs, even though some of them will perform their tasks quite well.
Many VPN services make the promise of being free, yet they still require payment or some other form of payment from you. For instance, some free VPNs sell your data connection to other users, like Hola VPN. Even more free services track the websites you visit so they can sell that information to marketing firms. Many of these free VPNs are limited in the following ways:

Switzerland has excellent privacy legislation, and this is where PrivadoVPN is headquartered. There are no specific guidelines for data retention, hence PrivadoVPN is not required to preserve usage data.
The PrivadoVPN has a simple interface and  easy to use on both our desktops and mobile devices. The most crucial VPN capabilities are arranged conveniently under one page, and connecting won’t require you to pass through any hoops. It also provides for o switch VPN protocols between OpenVPN, Wireguard, and IKEv2, which we don’t usually see in free VPNs.
Although many free VPNs aren’t the fastest, they are excellent for security. Many of them really place speed restrictions on you when you connect to their servers. One of the reasons we picked PrivadoVPN as our Number one spot is with its great user interface and good connection security it also has unlimited speeds.

ProtonVPN’s free edition has no data restrictions, making it exceptional among free VPN services. Additionally, there are no speed restrictions. This basically means that you can use this VPN for whatever online activity you like for as long as you please.

The fact that ProtonVPN works well on all of your devices is another advantage of the service. Mac, Windows, Android, Android TV, iOS, Linux, Chromebooks, and even certain routers are compatible with Proton.

Almost every device we used at home was compatible with Windscribe. There were browser extensions for Chrome, Firefox, and Opera; desktop clients for Windows, Mac, and Linux; apps for iOS and Android; and even an app for our Amazon Fire TV. That’s impressive, but let’s return to the fundamentals first. Windscribe was primarily utilized on our MacBook Pro. In contrast to the Windscribe plugin we placed on our Chrome browser, which simply encrypted our browsing activity, the desktop program connected all of our apps to the VPN tunnel. That was useful because we mainly used Windscribe to access the Internet because of the 10 GB monthly data cap.

Access to streaming websites is not typically available with free VPNs, however Atlas does. We were able to stream from Netflix and Prime Video while connected to Atlas. However, bear in mind that there is a monthly data use cap of 10 GB, which may interfere with your binge-watching activities.

While using a VPN protects your privacy, Atlas VPN goes one step further by providing tools that can be used to monitor your online safety. The Tracker Blocker program, which automatically disables trackers inserted into your computer by websites you visit, is a part of the free edition.
If you’re using the free plan for Atlas VPN, you don’t need to register. This entails that you can install Atlas on every device you own and concurrently connect them all to the VPN. As long as you don’t use any bandwidth-intensive applications, you won’t need to pay a monthly charge to secure all of your desktops and mobile devices.

The user interface of the majority of VPNs exudes a serious atmosphere, but TunnelBear took a different tack with its logical, entertaining, and simple-to-use design. With just one button click, it connected to the secure tunnels, and once it was, the program displayed the position of our server on a virtual map.

Despite being a free VPN, TunnelBear allows you a maximum of five simultaneous connections. In fact, we frequently used it to encrypt our iPad, Android smartphone, and MacBook Air while they were all connected to a public library’s Wi-Fi network. Another benefit of TunnelBear as a free VPN is that it operated on all popular desktop and mobile operating systems, including Windows, Mac, Linux, Android, and iOS. Additionally, it offered browser add-ons for Chrome, Firefox, and Opera that let us encrypt just our browsing history rather than the entirety of our laptop’s or smartphone’s online activities.

Comparison of the Best free vpn 2022

Best free vpn 2022, PrivadoVPN is the best free VPN all-around. When it comes to security and server network quality, this company is without a doubt the greatest option. It is still recommendable to use a paid VPN regardless, let us know what you think in the comment section. 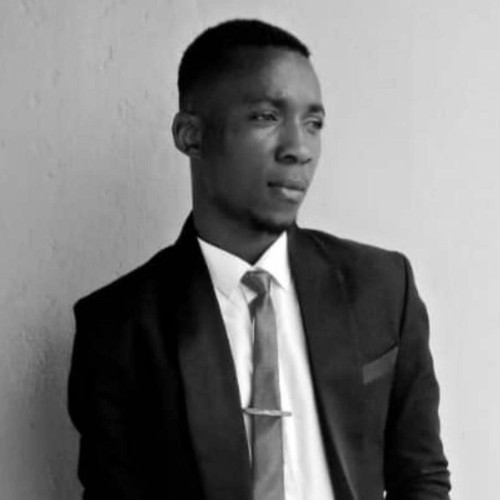 usertesting get paid to test

ABOUT US
Daily trends in finance, digital marketing, gadgets and technology, products and how to scale your business.
Contact us: [email protected]
FOLLOW US
© Wegotrend 2023