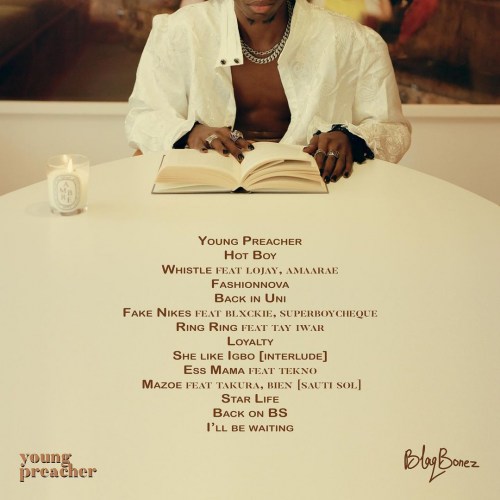 Blaqbonez Young Preacher, which peaks at No.
With the release of his sophomore album “Young Preacher,” Mecurial Chocolate City talent Blaqbonez is ending the year on a high note.

The 14-track album’s title, which advocates the idea that the present notion of love, particularly in partnerships, is constricting and sets a bar that is ultimately impossible to fulfill, comes from Blaqbonez’s constant determination to express his truth. He embraces open relationships and unconventional ways of expressing love as a result, as evidenced by the story he shares in Young Preacher.

The album begins with the title track, where Blaqbonez’s smooth, forceful flow takes center stage. The rest of the album continues to retain the project’s main concept. It also contains “Back In Uni,” his most recent smash tune.

Young Preacher, which debuted at No. 1 on Apple Music NG less than 24 hours after its release, is evidence that Blaqbonez is one of Nigeria’s biggest musical performers. This project is another unstoppable album that will solidify his reputation.