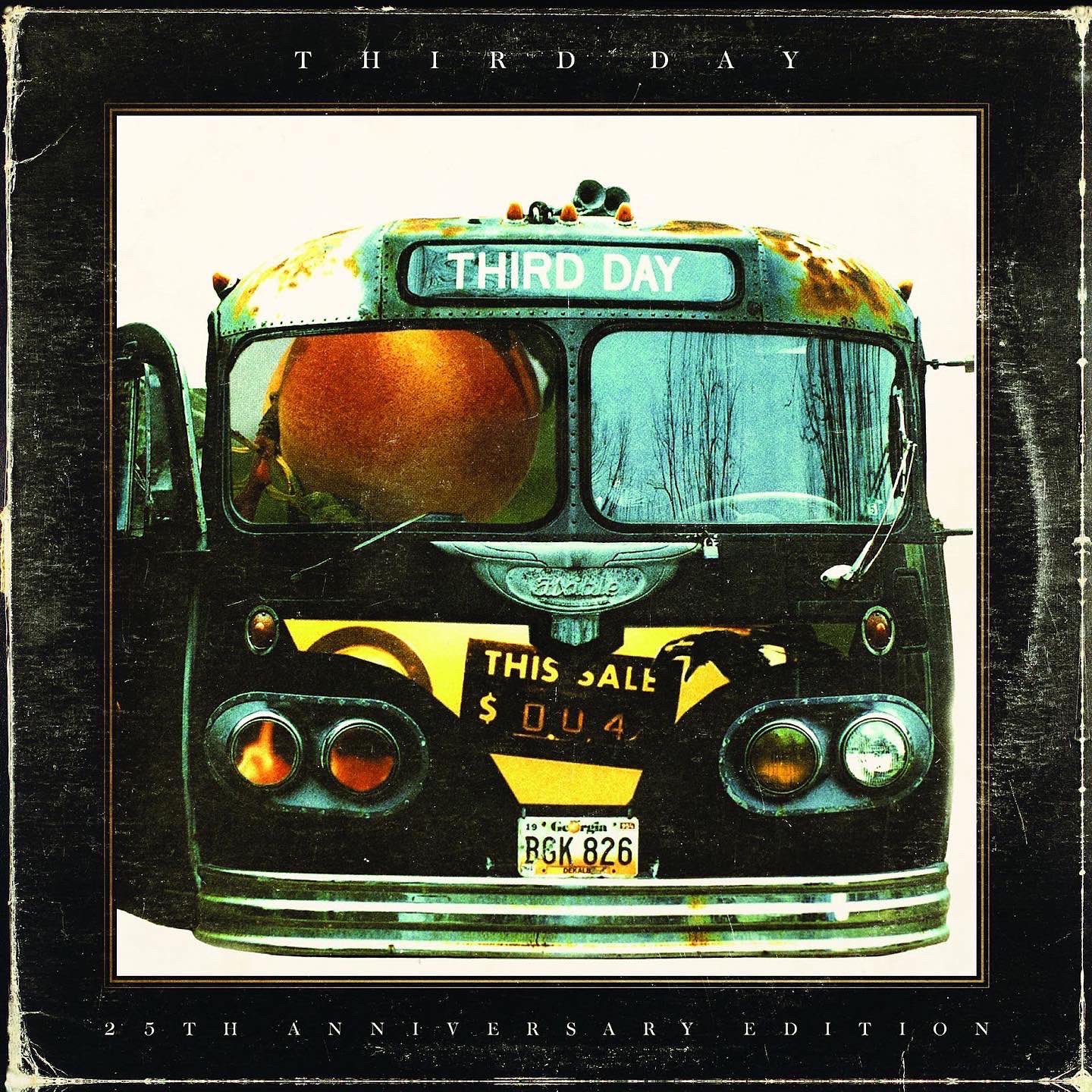 Third Day 25th Anniversary Edition, a multi-GRAMMY and multi-Platinum selling band, commemorates the 25th anniversary of the release of their self-titled debut album, affectionately known as the “bus record.” Provident Label Group/Sony Legacy will reissue the band’s debut album in celebration of this anniversary, which will include live tracks from the early Third Day years that were recorded at various locales. On October 21, Third Day 25th Anniversary will be available across all platforms.

Third Day’s Mac Powell says, “Time flies when you’re having fun.” It’s hard to think that the “bus album” is now more than 25 years old. I still receive requests for so many of that album’s songs live, and I always enjoy listening to them again!
The group’s self-titled debut album, which has an RIAA Gold certification, included the first No. 1 radio hits for the group, including “Forever,” “Blackbird,” and “Nothing at All.” The band’s extraordinary success, which would establish them as one of the greatest faith-based bands in history, was launched by this record. This anniversary release will be nostalgic for Third Day’s fans since they said goodbye to the band on their sold-out 2018 Farewell Tour, which is another reason to look forward to this release.

Wegotrendhttps://www.wegotrend.com
Wegotrend is the BEST online Entertainment website for your music downloads, videos, Entertainment Gist, News and Amazing Products On sale. We have a wide Range of offers to get your songs and other Ads Trending. We have a good Team of Experts and a massive number of viewers monthly. Follow the CEO on this Platforms for more updates.
RELATED ARTICLES
Gospel