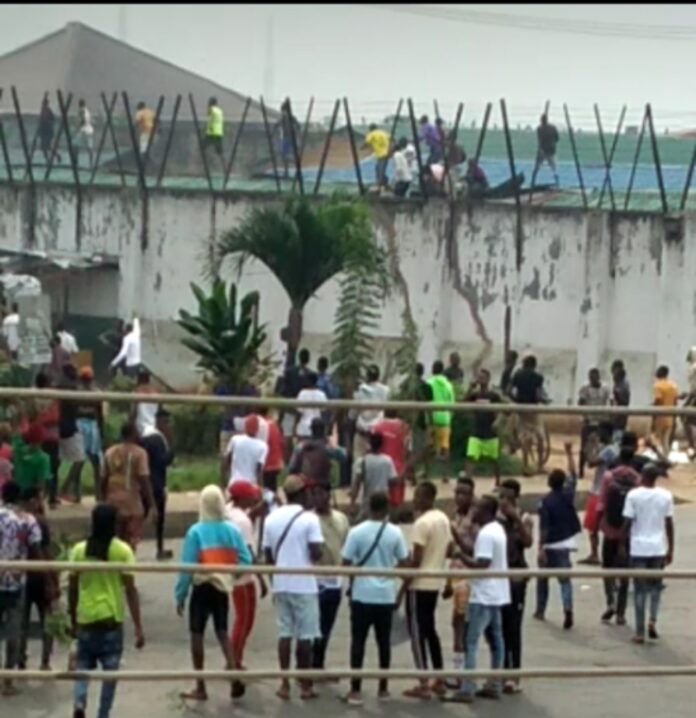 Wegotrend confirms a recent prison break in Benin yesterday during the peaceful protest. This is due to the on going nation wide protest in the entire nation with the #EndSARS.

The youth residents off course wasn’t left out in this massive protest in the country. This wasn’t just about the SARS only or police brutality but the people and youths of Nigeria are fed up with the bad governance and injustice in the country. Meanwhile during the protest in Benin city on Monday, a set of hoodlums, cultist and gangsters hijacks the peaceful and during this course this course some police were burnt and prisoners were set free. This is currently trending as the Prison Break in Benin.

Although the governor of Edo state, Gov. Godwin Obaseki, earlier on announced a curfew throughout the state. Maybe to reduce the impact of the protest or harms associated with it during the recent prison break in Benin.

In accordance with the presidential order. Several state governor’s have inaugurated judicial review committees to investigate complaints of police misconduct and extra-judicial killings.

Even though the presidency has disbanded the infamous Special Anti-Robbery Squad (SARS) police unit. The protestors are calling for accountability, openness and a timetable for the implementation of planned police reforms.

In most state there have been clashes between police, hoodlums and protesters. This is exactly the occurrence during the prison break in Benin, as protesters engaged with hoodlums.